“When everything feels like the movies, you bleed just to know you’re alive.”
I used to think that line from the 1998 Goo Goo Dolls song Iris was just a cool lyric until I figured out what it actually meant. 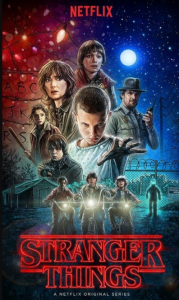 Being in the world when you’re under a cloud of depression is like living in the upside down from the Netflix show, Stranger Things. The upside down is a parallel universe where everything looks the same as your real world but it’s not. It’s slow. It’s full of cobwebs. It’s dark. It has eerie light particles floating through the air and there are creatures lurking in every corner. Horrible. Loathsome. Creatures.

The worst thing is you can’t find the door to the right side up. You just have to wait. Wait for it to pass. And hope that it passes quickly. Because nothing is going to work until the world has righted itself again.

But on my weak days…man oh man. I wonder what the fuck I’ve done as I stumble down to my upside down. Since starting this blog I wrestle with how much to share and how much to say. I’ve surprised myself with how much I can write about! But there’s something I haven’t written about, and I need to. I need to because I know that there are probably a whole bunch of people out there just like me that may take solace from hearing about my upside down.

A long time ago I went to see a naturopath counsellor type person to try and sort out my diet and anxiety (although I didn’t know it was anxiety at the time). She talked. I talked. And then as the session was coming to an end I unloaded all of the things I thought were wrong with me and how I just couldn’t see a way through it all and basically that I was broken. Her response was (and I can remember it verbatim, almost 15 years later), “I think there’s an easier way for you to be in this world, Kim”. Which is how she ended our session and I never saw her again. I fled to my car and wept for about an hour before I could drive home. She was right, but she’d only fuelled my fears even further. I was an alien. A freak that just couldn’t be happy. I needed help for sure. But at that stage of my life I even needed help getting help. 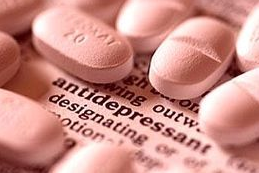 I can’t recall exactly when I first started taking anti depressants but it was sometime in 2001, I think. I’d just learned, surprisingly, that both of my parents were treating depression and that it was a common thread on both sides of the family – mostly untreated in the previous generations. It got me thinking that maybe there was a solution to my upside down.

People who live with depression describe it in many different ways – I guess because it takes many different forms and has just as many triggers. For me it feels like I’m seeing the world in slow motion and through a fog, even though the sun is shining hard. And I hate that fucking sun. I find joy in almost nothing and feel like I’m walking in cement shoes with a heavy hat that pushes my brow over my eyes. Literally, that’s a physical feeling that I get.

I have a lot of physical symptoms. I’m tired. I get dizzy. I get light sensitive and wear my beloved ray bans indoors and out. I have headaches, neck aches and heartaches. When I’m depressed I just can’t handle any level of badness or sadness in the world. Everything is unfair and everything hurts.

I have a general lethargy and I just can’t get my shit together. And yet I do. I’m a mother to a three year old. I have to function. I’m lucky. I’m a functioning depressive, I guess. I can put one heavy foot in front of the other; I can complete basic tasks that require little thought. I just can’t plan for the future. I can’t see the sun rising tomorrow. I just want to sleep.

I’m unable to make the simplest of decisions or find words to hold intelligent conversations. My poor husband manages during my bouts with depression by not making me make sense. He gets it. He lets me fumble around. Bless him.

My intelligent head tells me it will pass – and the fact that I know this is even more frustrating. I want it gone now. I want to get on with life. When I’m depressed I can’t keep up with myself, which usually results in a breakdown of some sort.

The divine, hilarious and fabulously controversial Catherine Deveny, who has also written about her depression, says when you don’t know what to do just do anything. It doesn’t matter. As long as you can put your focus into one thing and just get moving. She’s right. So while decision making is tough, making a start on just one thing is far better than sitting on your couch staring out the window waiting for the upside down to become right side up.

Good diet, fresh air and exercise all help alleviate depression but they don’t solve it. They don’t make it disappear. Depression is not a mind over matter illness. Anyone who has suffered from it knows that just thinking positive thoughts doesn’t right the world. You can Namaste all the fuck you want, those little serotonin enhancers aren’t getting joyous any quicker (maybe they do for some, but not for me).

What I’ve come to learn is that the key to managing my depression is to have a simple point of focus that I can return to without having to question it too much. A simple eating plan. A simple form of exercise. A simple commitment to writing (whether I publish or not) Simple things that I don’t have to think about too much. Just do.

Sure, I’ve deviated off my simple plan a bit with a chemical imbalance that makes you just want to eat and eat and eat but at least my extra calorie intake has been good, clean food made from scratch and made by me. I’ve also lumped my way through any form of exercise like a baby elephant because I have zero lightness in me.

But the point is – I’m still here. And I actually think that’s amazing. To have a focus when you’re in the upside down, reminds you that the light will return. And the movie will end and it will be all right.

MY 3 TIPS FOR LIVING WITH A BLACK DOG 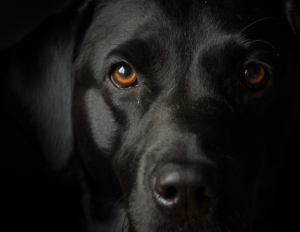 Treat it
Once you have owned it then be prepared for it. 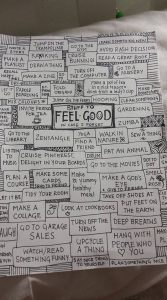 Jen Nicholson, created this totally awesome “feel good” inspiration board. A doodle she did to remind herself what to do when she forgets what to do. Genius.

Decide on your action plan and have it ready. Just like you keep panadol in the cupboard for headaches have your depression kit at the ready. Talk to your GP, your counselor, your partner, your best friend from kindergarten, whoever has a clue about this stuff. Do not work it out on your own. Anti-depressants may help you. They may not. Exercise may help you. It may not. Diet changes may help you. They may not. What definitely won’t help you is staying silent about it. Say something. Do something. Anything. Be prepared.

Accept it
Having lived with depression for more than 15 years I no longer fight it. As I’ve gotten older (and I care less about what people think) I’ve started to tell people when I’m feeling unwell. My close friends understand completely and just let me be while it passes (and it always does). My work colleagues and clients don’t need to know details but I do my best to reschedule important things if I think my professional self (and the work I deliver) will be impacted. It’s not always easy but you wouldn’t ask a person with a broken leg in plaster to run a foot race. You’d wait until they had healed, right? People will understand…unless you’re a surgeon saving lives or some such selfless miracle worker.

WHAT TO DO IF YOU LIVE, LIKE OR LOVE SOMEONE WITH DEPRESSION

Be Kind and Let Them Be
Make sure they are safe and that all the basics are covered (food, shelter and love). Do not think you need to ‘cheer them up’. Asking someone who is suffering from a depressive episode to simply “buck up” and to look on the bright side is like a slap in the face. We’re not morons. If we could buck up, we would. 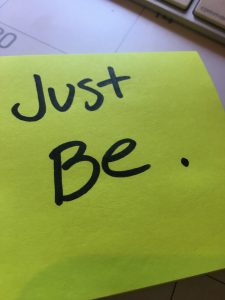 Be Affirmative and Take Action
Make decisions and encourage them to do things. Simple uncomplicated things. Walk along a beach. Get into nature where there are less likely to be triggers (unless the bush is a trigger, then avoid the bush!). Go to a movie that you think they’ll like (not Schindler’s List, obviously). Cook them a favourite meal. Do the laundry. Do small tasks around them without expecting anything in return; small simple gestures to let them know that they are not suffering alone. Avoid too much melancholy or reminiscing. Keep them present and accepting the here and now.

Be Helpful and Don’t Judge
If you need to, get an education on the illness to understand some of the ways it can manifest itself. Being better informed means you’ll be better able to accept and roll with the illness. It’s hard but letting it run its course is sometimes the only way through. Don’t judge it or think you have to solve it. Your job is to be kind and affirmative.

REACH OUT
Resources from wise and educated people are here:

22 thoughts on “Living in the Upside Down: My Story About Depression”