In my last post I told you how I’ve been a bit down these past few months and how one of the things I’d been doing was engaging in media about people with lives less fortunate. This tactic was to help me see how truly fortunate my life is, surrounded by good people (and beautiful readers who never left me, even when I broke up with them for 5 months!). 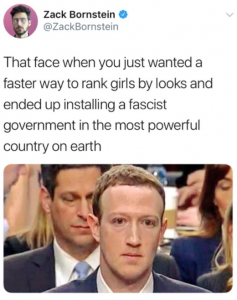 This is one of the stories that I invested a lot of time and emotion into in February, in reasons that I explain. At the time I wrote all of this on my Simply Kim Facebook page because I just wanted to say something, anything, about how it made me feel.

Since I wrote this I’ve been spending more and more time listening to stories in a similar vein, so I’ve decided to post a version of it here on my blog too… because who knows when the curtain will fall on Zuckerberg’s empire!

On the first Friday in February I was glued to the silent live media feed of a police operation in Adelaide digging what many fully expect to be the gravesite of the Beaumont children. Missing since 1966. 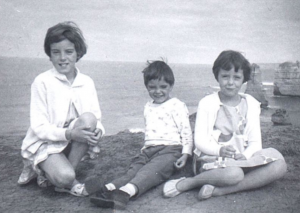 I grew up in Adelaide under the shadow of a serial killer. It’s well documented that South Australia has had an extraordinary amount of predatory crimes and unsolved disappearances. You don’t have to Google too deep to uncover a plethora of crimes and criminals that invaded the landscape of my youth. But in my mind this “serial killer” is a single entity that personifies evil. It is the quintessential bogeyman; the thief of carefree childhoods and creator of horror. Now as a 45-year-old mother I am closer to the feeling of personal risk and perversity than I ever was. Of course living a life in fear is no way to live and I have no real reason to live that way, so I don’t. But I am cautious.

True crime is an engaging and emotive subject. I’m not immune to the lure of a good documentary, book or podcast that goes deep into the murky waters of unsolved crimes or lives lived in the underbelly of our world. Lives that are so very different to the ones most of us lead. We get pulled into the dark crevices and became armchair detectives trying to unravel the clues as we attempt to apply reason when there is none to be found. We link evidence presented to us through the filter of the storyteller.

The thing about case of the Beaumont children is that all of the stories have been told. All of the suspects named. All of the theories published. All of the heartbreak felt. It’s been 52 years with no resolution.

As each year fades into the next and another decade clocks over the case continues to exist on the pages of the storytellers. The writer, the journalist or the retired detective; all of whom have theories and follow the leads about chapters in this case. It’s these storytellers that have brought to bear this latest and hopefully final chapter in the case. By keeping this story in the mainstream news people that may never have realised that they held a missing piece to a puzzle are alerted and then, decades later, come forward to reveal their own stories. Piece by piece these details complete chapters until there is enough data and enough evidence to have the law invest time and resources to follow the correct channels to find closure. 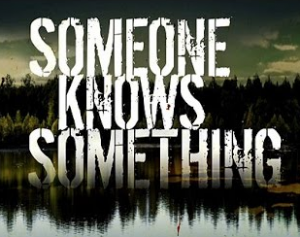 Someone always knows something and it’s the storytellers that keep a case like this alive. (The CBC Podcast, Someone Knows Something is an excellent example of not only engaging storytelling but how documentarians and journalists can help to break cold cases).

In a case as perplexing and sad as the Beaumont children with the myriad of potential outcomes and theories I, for what it’s worth, believe the answer will be the most simple. The children weren’t taken very far. They were held for a short time. Killed and disposed of quickly. If they were alive for any length of time evidence would have built far more quickly than it has. There is neither rhyme nor reason as to how the perpetrator made his decisions on that day. He was a broken and perverse man who hid in plain sight while living out his own sick world in the sanctity of his home, which is where he felt safe to take the children. (I have formed this view having read the well-researched and respectfully reported findings of the true-crime authors Alan Whiticker and Stuart Mullins. There’s a fascinating thread on this Great Aussie Reads blog post, if you’re inclined).

Within a few hours of the latest ‘dig’ we knew that alas it had the exact same outcome as every other. It turned up nothing, except a reinvigoration of the story for anyone who cared to watch and listen. And this is OK with me. Anything to help the family and those who are closest to the case find closure is worthwhile in my opinion. If this were my story I would not sleep for the all the talking and telling I would do. 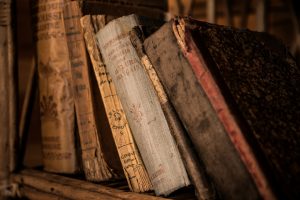 So for cases like this one from the shadows of my childhood and the countless others that get turned into books, podcasts and social media campaigns, the final chapters seem to lie with the continued interest and commitment from the storytellers among us. To them I say; Go forth. Continue to dig. And bring us that final chapter.